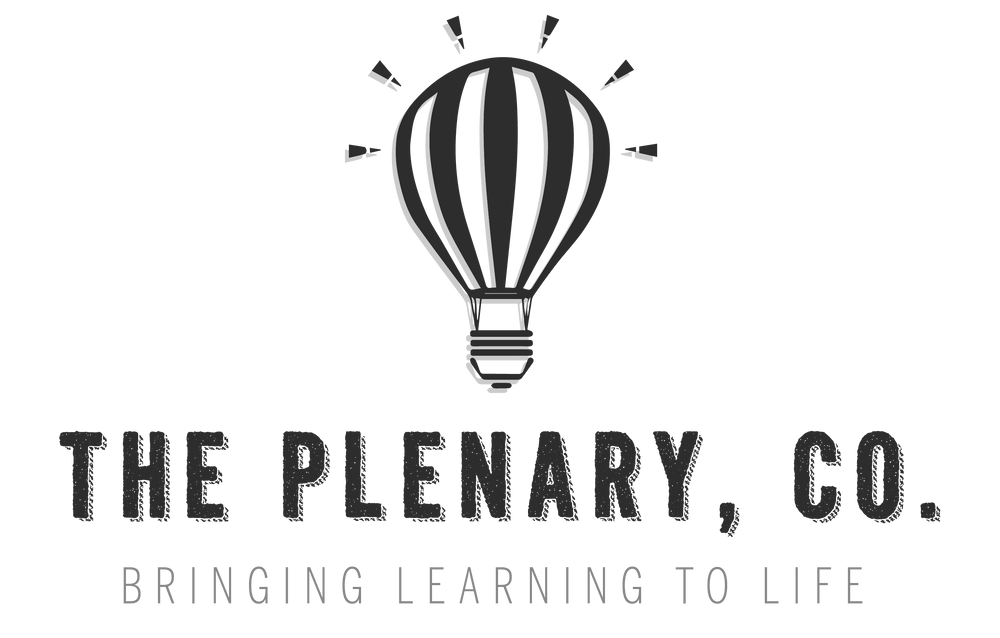 BOSTON, MA (May 19, 2020) - Science has been the driving force in the modernization of the world as we know it, yet science as an industry has failed to adequately diversify with the times. While the new digital age offers opportunities to expand interest in and appeal of STEM careers, many barriers still hinder equitable access for all students. Conversations of famous scientists often draw answers such as “Albert Einstein” and “Bill Nye the Science Guy”. While accurate references of scientific leaders, the lack of diversity in the public image of scientists can contribute to the lack of diversity in STEM fields.

Introducing the “I Am A Scientist” initiative, which provides opportunities for students, specifically those in Junior High School and High School, to interact with the science and stories of today’s scientists—breaking down barriers like race, gender, and personal interests.

﻿The program’s collection of classroom toolkits provide real-life stories of modern scientists, classroom resources, posters , career resources, and more. The initiative aims to help students engage with scientists that may look, act, or think like them, and are making great strides in remarkable fields that are often left out of career planning discussions. With featured scientists that range from multidimensional graduate students to globally recognized innovators at the top of their field, “I Am A Scientist” tunes into the power that comes from discovering a wide range of role models.

“I Am A Scientist” is designed to encourage the next generation of leaders with various interests and backgrounds to consider and explore STEM (Science, Technology, Engineering & Math) careers. The goal is to ensure that every student feels inspired by seeing the relatable individuals behind groundbreaking scientific innovation while enabling teachers to change the narrative about what science is and who can do it.

The idea is simple: to ensure that every student has the opportunity to see themselves in science, and ultimately learns how to pursue a journey of their own.

In 2016, Dr. Nabiha Saklayen wrote a blog post about being a physicist who didn’t fit into society’s dated ideas of what a physicist looks like. The blog post became the catalyst for creating the initiative with her longtime friend, Stephanie Fine Sasse, a multi-disciplinary designer and curator whose work unites social impact, science, technology, play, and the arts.

In sharing their stories with each other, the women found that they had faced many similar challenges, despite coming from different fields and backgrounds, in their pursuits of scientific passions. Their commitment to reducing the barriers for future generations combined with their belief that STEM benefits from diversity birthed the “I Am A Scientist” initiative.

“In our own ways, neither of us had ever fit the outdated, but prevalent stereotype about how a scientist looks, acts or thinks. I am a young woman of color who loves painting, K-pop, and yoga, and I’m also a dedicated physicist and passionate inventor. I want to be all of those things because it makes me stronger as a scientist and leader,” remarked Dr. Nabiha Saklayen, PhD, Co-Creator & Advisor, I AM A SCIENTIST.

“I’m a designer with a love of dance and a half sleeve of tattoos. I also spent the better part of a decade studying the human mind and brain,” describes Stephanie Fine Sasse, EdM, Co-Creator & Director, I AM A SCIENTIST and Founder of The Plenary, Co.“We shared experiences of feeling out-of-place, dismissed, underestimated, and underrepresented in our fields. We acknowledged the severe lack of multidimensional scientists in pop culture and textbooks. And I remembered what it was like to be a kid who loved space, dinosaurs, and rocks, but never considered the realities of a career in science. Nabiha and I decided to do something about it.”

From healthcare to transportation to entertainment, STEM fields are transforming the world as we know it. That makes it particularly important for next-generation leaders to be representative of society. While this hasn’t always been the case, “I Am Scientist” hopes to provide a gateway for students to access the resources that they need to pursue a STEM career. Relatability opens the door for younger generations to explore careers they may not have known existed, creating a window of opportunity that could change the world.

“I Am A Scientist” is powered by The Plenary, Co., a 501(c)3 educational nonprofit committed to making important ideas more accessible through art, science, and play.

To learn more about how to get involved with the I AM A SCIENTIST initiative, visit: https://www.iamascientist.info.

ABOUT “I AM A SCIENTIST”

The “I Am A Scientist” initiative is designed to encourage the next generation of leaders with various interests and backgrounds to consider and explore STEM careers, while ensuring that every student has an opportunity to see themselves in science. By bringing toolkits including posters and resources with scientists' images, research topics, passions, and stories into classrooms, we’re changing the narrative about what science is and who can do it. And by demystifying the paths that our collective of scientists took to get to where they are, we’re making sure that students have what they need to pursue a path of their own. To learn more visit: https://www.iamascientist.info.

“I Am A Scientist” is powered by The Plenary, Co., a 501(c)3 educational nonprofit committed to making important ideas more accessible through art, science, and play. It specializes in creating collaborative, immersive events, social games, and interactive media that make it easier for all of us to engage with the issues that matter most to our world. To learn more visit: https://theplenary.co/. 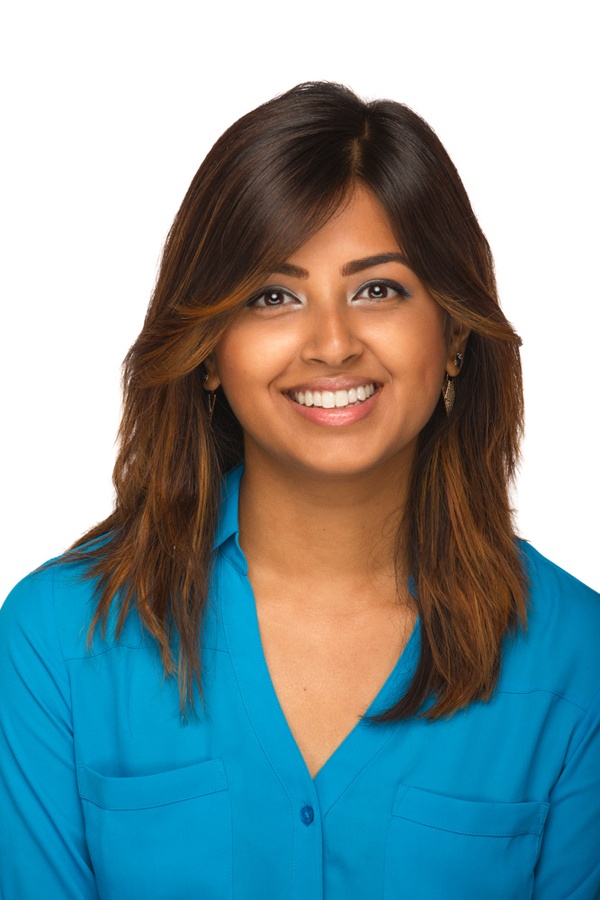 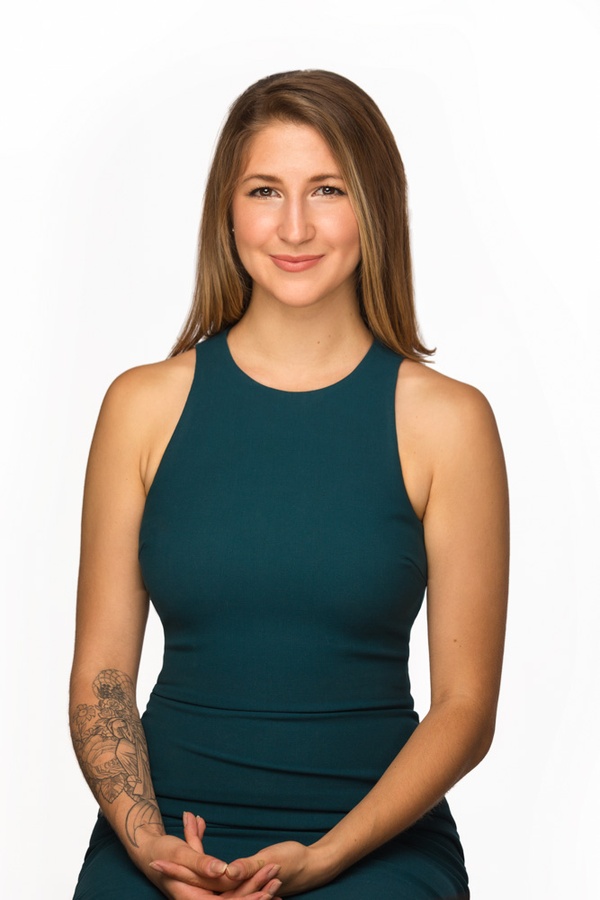 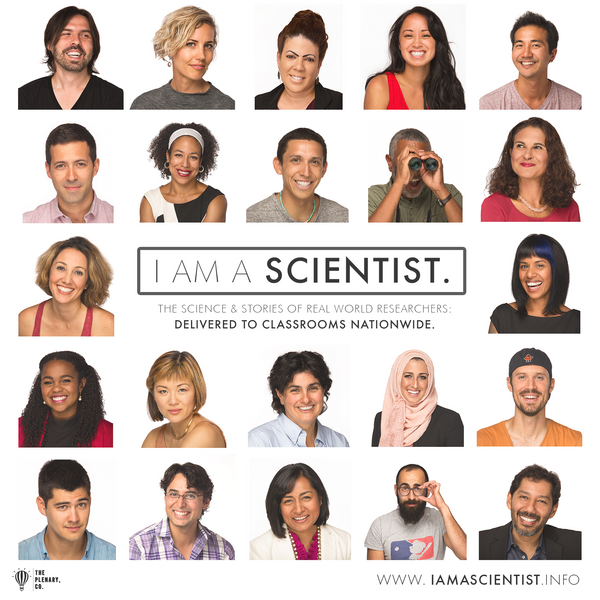 Related Bios
Stephanie Fine Sasse is a multi-disciplinary designer and curator whose work unites social impact, science, technology, play, and the arts. Her projects range from producing an interactive art exhibition on human bias to developing a multisensory program to teach students about the brain to creating a storytelling campaign to promote diverse representation in and of STEM fields. Trained in neuroscience and psychology at Harvard University, she has also co-published on human behavior in leading academic journals, created and taught award-winning courses on media literacy and science communication, and piloted a social platform to connect scientists with the public.

In 2017, she became a lead organizer of the March for Science (MFS) in San Francisco and Washington, DC; a movement that mobilized over one million supporters worldwide. She co-authored “Science Not Silence”, an internationally-recognized collection of science advocacy stories released by MIT Press in Spring 2018. In addition, she conceptualized and produced MFS's SIGNS (Science in Government, Institutions & Society) Summit, which connected and trained global grassroots leaders in support of equitable, evidence-based policy.
Most recently, Stephanie founded The Plenary, Co., a nonprofit that makes current issues more accessible through immersive, social, and interactive experiences. She is currently developing a transmedia card game on the future of food and an experiential exhibition on sustainability.

Stephanie Fine Sasse
Co-Creator & Director, I AM A SCIENTIST
View Full Bio>>
Nabiha Saklayen is a bio-inspired physicist and entrepreneur focused on commercializing technologies to redefine how we engineer human cells. She made significant scientific contributions to the field of pulsed-laser delivery to cells, with several peer-reviewed papers published, patents pending, and grants awarded. Nabiha launched Cellino with the vision of converging physics, biology, and machine learning to enable paradigm shifts in regenerative medicine with a world-class team. Cellino is building the next generation of cell-based tissues and therapies with a proprietary platform technology.

Nabiha co-created the I Am A Scientist Initiative in collaboration with The Plenary, Co. to encourage the next generation of leaders with various interests and backgrounds to consider and explore STEM careers.